Global procurement in the first quarter of 2019 is still largely affected by the market situation last year. In 2018, the CHINA-US trade war caused a turbulence in the global procurement pattern, prompting a large number of buyers to turn to new markets in order to get rid of the negative expected impact of tariff increases and maintain the stability of their supply chains. This report delves into the inspection, audit and test data of our company in the first quarter of 2019, and assesses potential trends and risks that global trade may face this year.

Manufacturing Distribution: China also has some competitiveness in the region

While the trade war is expected to end temporarily, tariff pressures have exacerbated China's traditional first-quarter slowdown around the Spring Festival. Demand for inspections and audits in China has increased by 3.7 per cent year-on-year in the past 12 months, according to Madeown. Over time, this figure is expected to be close to the expected growth rate of 6.2 per cent for the large purchasing power. Even with the slowdown, China's textile industry remains strong: Madeown found that demand for clothing inspections and audits has grown by 14 per cent in the past 12 months. This is in line with recent official data, which is that China's clothing exports to the United States rose 11.4% year-on-year in January 2019.

At the same time, manufacturers in other parts of Asia continue to benefit from last year's most prominent procurement trends, diversifying procurement to avoid tariffs and optimize costs. Demand for quality control and supplier audits increased by more than 20% year-on-year in the first quarter of 2019, while regional competitors in China, such as Vietnam, Indonesia, and Thailand, showed strong growth. South Asian textile powers have seen even stronger growth, with Bangladesh and India's inspection and auditing volumes in the first quarter increasing by 57% and 25% respectively year-on-year.

Factory safety remains a concern, Bangladesh in the spotlight

Data from the Madeown Auditor's study in the first quarter of 2019 showed a slight improvement in overall social responsibility audit scores: a 6% increase from the 2018 average. In China, the ethical score for the quarter increased by about 5% (from 7.8/10 to 8.2/10 in 2018), mainly due to improved waste management, indicating that China's pollution control policies have paid off.

Nevertheless, waste management remains at the top of the list of the world's most pressing compliance issues for factories, and other issues include working hours and wages. Another area of concern, Health and Safety, improved ratings in the first quarter of 2019 after a flat performance last year, but in-depth research suggests that there is still a need for ongoing monitoring. For example, in a dedicated structural audit, Madeown civil engineers found that more than 55% of the inspected factories required corrective action in the short and medium term. In South Asia, more than 80 per cent of the factories surveyed are at risk. The figures suggest that public concerns about the inability of Bangladesh's garment industry to independently manage factory safety are justified after the expiration of the Fire and Building Safety Agreement.

Looking at the specific industries that Madeown serves, auditors have monitored continued and progressive progress in ethical ratings in the textile and clothing industry, while compliance in the toy industry has been poor, with only a third of factories receiving a "green" rating on compliance requirements in the first quarter of 2019.

China looks to be at the forefront of quality, but food industry struggles

China is still reluctant to give in to its rivals after a year of diversification in Asian procurement, according to on-site inspection data collected by Madeown in the first quarter of 2019. For example, after a disappointing 2018 performance, Chinese suppliers are clearly working hard to improve product quality, with inspection results showing a 13% year-on-year improvement in overall quality and a report showing that 24% of the products are still not up to acceptable quality. Overall, China is slightly ahead of some regional rivals, particularly South Asian textile powerhouses such as India and Pakistan, which have more than 30 per cent of inspection sand goods that fell short of specifications this quarter.

The problems in China's food industry are relatively acute: in the first quarter of 2019, more than 51 per cent of China's processed food products failed to meet the inspection standards (the average non-compliance rate for all countries in the world served by Madeown was 42 per cent). The aggregated data from Theon inspectors and auditors shows that while Chinese food producers are struggling to comply with the national food safety law, which is constantly being implemented, there is still a long way to go to meet international standards.

In addition, manufacturers of toys and children's products have highlighted signs of struggling to regulate the regulation of production products: more than 29 percent of the industry's products have failed to meet acceptable quality levels in four-fifths of the past quarter. This poor factory quality contrasts with the good results of experimental testing: Madeown's first quarter 2019 data show a 13 percent drop in testing failure rates for toy products shipped compared to 2018, even including improved performance in complying with the phthalates ban. This difference between factory tests and experimental test results suggests that the quality problems that have persisted in the toy industry may stem more from execution than from the design itself. 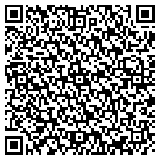